The main idea was inspired by this Medium Article where the author, Kate Starbird analyses tweets and news sources they site. With this information she manages to build a network about the flow of information.

So we thought, what can we find that is interesting about the tweets right after a big event, such a shooting, an attack (or maybe something not terrorism related)?

The main purpose of this project is to build a set of tools to which anyone can feed a query to a database, so that he/she can directly return insights from it. We use the data available through twitter to make sense of all the opinions and facts and lies out there. In the process we want to try to uncover some of the hidden mechanics that bring about our own perceived reality of these events and the constructed filter bubbles.

As the tools we developed were build with reproducibility in mind, we show that we can do similar analyses quite quickly by not analysing just one event, but two. In the menu on the side you can easily navigate through the different parts of the analysis for both events easily.

In case my explanation sucks (which it probably does, here’s a picture): 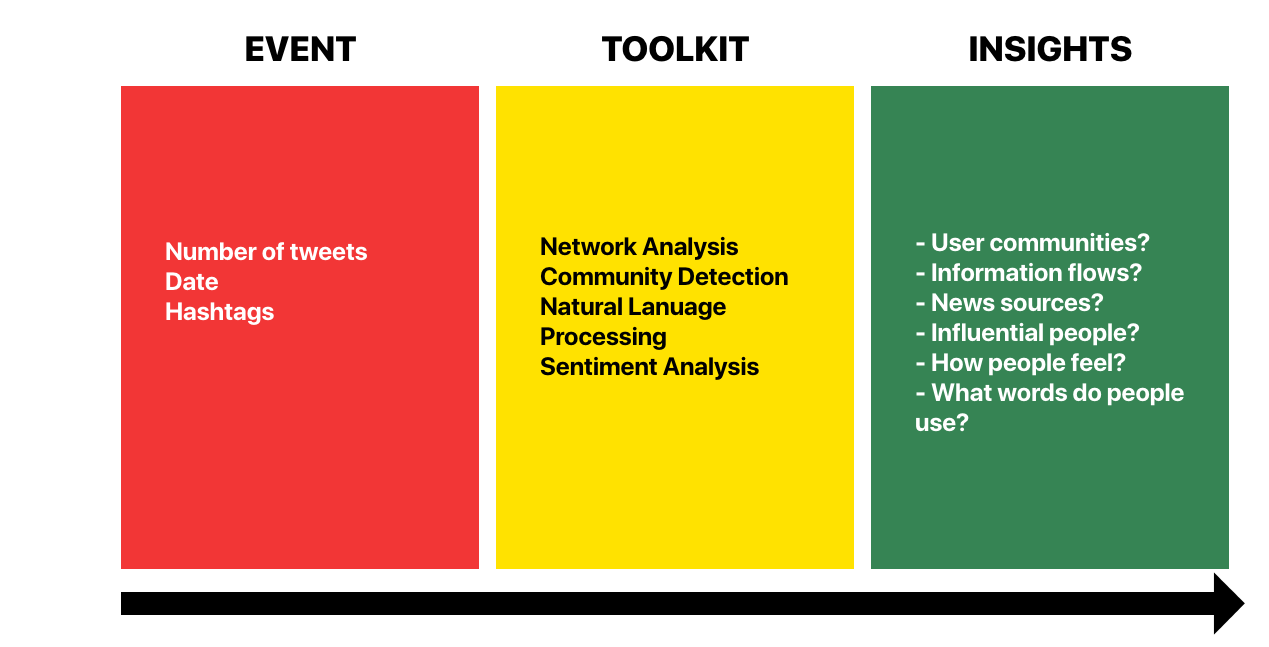 To prove the pipeline of tools, we applied them to two different events:

There are many ways you can consult the analysis:

Throughout our analysis, we found a lot of cool stuff, here are some of the most important findings: